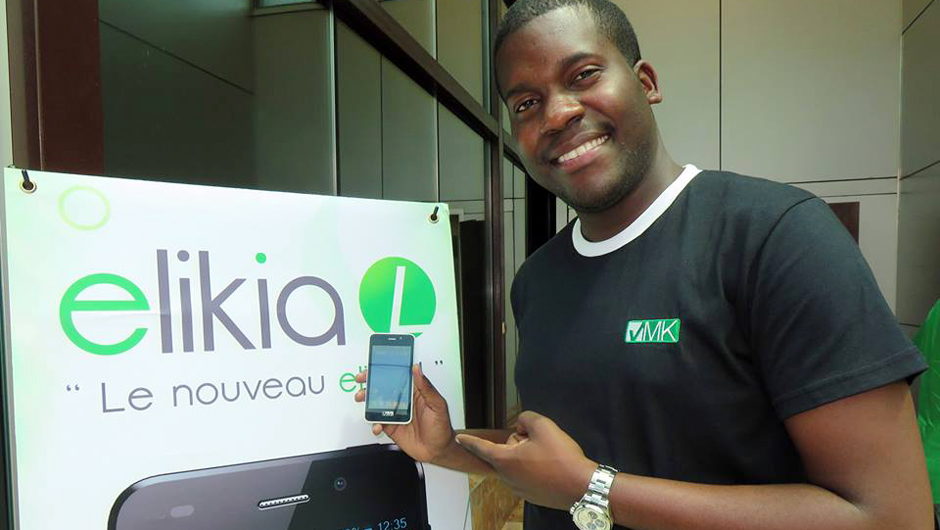 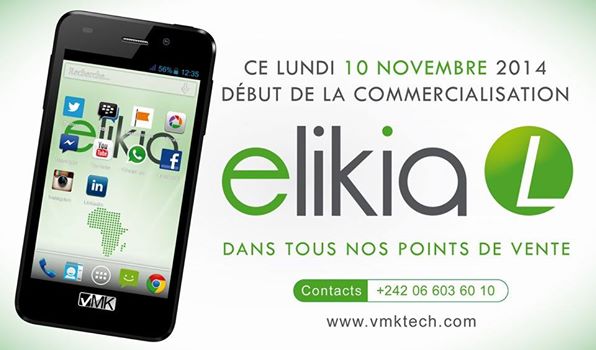 This new smartphone, more powerful is the second designed by Verone Mankou, after the one launched in December 2012.

Named “Elikia L” (meaning hope in local language Lingala), this new smartphone is “for now the most elaborated product of VMK “, said Verone Mankou, director of VMK. The phone is available initially in Congo (Brazzaville) and in Cote d’Ivoire for 64,900 FCFA.

Verone Mankou has also announced the opening in Brazzaville, not later than the first half of 2015, of an assembly plant for its different devices assembled so far in China. The project has required an investment of 150 million FCFA, with the contribution of the Congolese government.

From 2012 to 2014, his company Vmk has placed successively on the market a tablet, a smartphone and a basic phone. 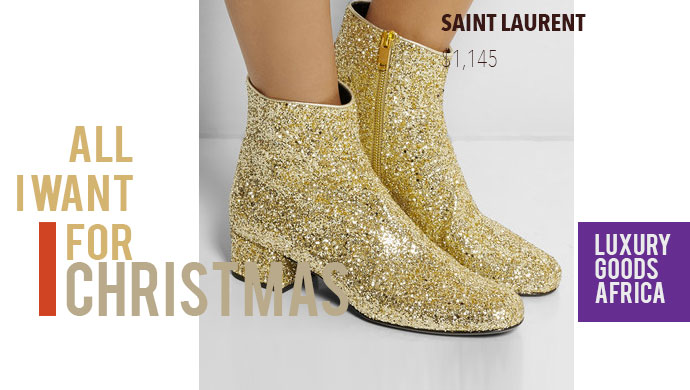