From high hair to status handbags, Africa’s first ladies use fashion to talk about the past and the future

From high hair to status handbags, Africa’s first ladies use fashion to talk about the past and the future 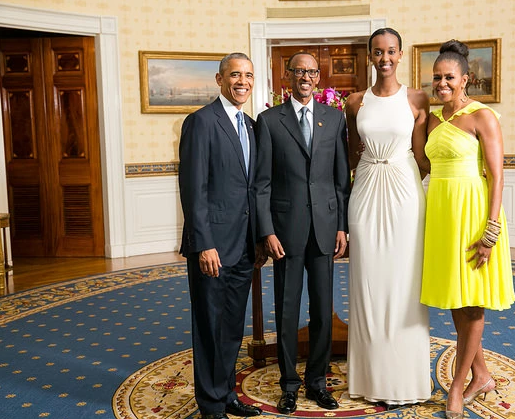 Source: Washington post
Rarely has the attire worn to a single gathering at the White House spoken so boisterously about the occasion, the guests and the place of an entire continent in fashion’s global marketplace.

While more than 50 heads of state and their guests dined al fresco at the White House on Tuesday night as guests of the Obamas, the hosts were adamant that it was not an official State Dinner. And making that point more clearly than all the insistent statements of protocol was the clothing. The president wore a dark business suit and a pale blue tie instead of the more formal tuxedo, and first lady Michelle Obama went short. Instead of a grand, floor-length evening gown — the sort that she typically chooses for such occasions — she selected a flowing silk chiffon party dress by Prabal Gurung that fell just a few inches below her knees. The dress, in a bold shade of canary yellow, had a full skirt, fitted waist and delicate ruffled straps. Its lightness and cheerful color declared the evening a more loose-limbed celebration rather than one freighted with the full load of diplomatic formality. 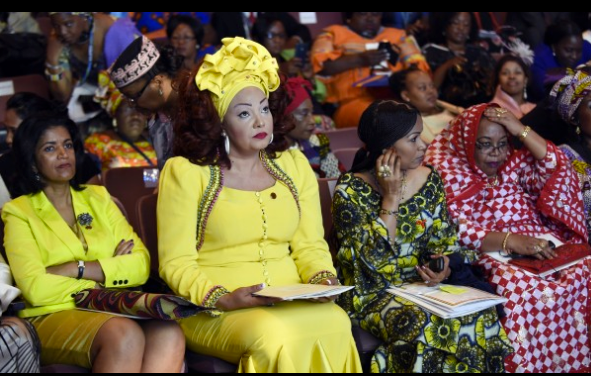 Obama did not choose a dress created by an African-born designer. With so many countries on the continent represented, how would she choose? Gurung was born in Singapore and grew up in Kathmandu, Nepal. He worked at Bill Blass before launching his signature collection in 2009. While he has been schooled in the traditions of day dresses and luncheon suits, Gurung is a devotedly modernist designer whose work explores experimental textile techniques and abstract prints that challenge the eye like a Rorschach test. There is little that’s retro or vintage about his visual sensibility. He does not look backward with longing or get hung up on traditions. For a dinner that served as a centerpiece for a conversation about the future of the U.S.-Africa relationship, the dress was a subtle reminder that aesthetics, creativity and design can play a role as any culture marches forward.

Fashion is a way of defining both the personal and the group on the world stage. It marks upward economic mobility — or at least the appearance of it.

It’s a way of emphasizing the past, remarking upon it and announcing that it’s time to move on. The many and varied representatives of African nations used the red carpet of the North Portico to celebrate culture, individuality and that universal human weakness: conspicuous consumption.

History was well represented. Jill Biden did her part to underscore the textile traditions that are rooted in Africa with her turquoise wax print dress custom-designed in Congo. And the first lady of Ghana, Lordina Mahama, was draped in kente cloth. There were flowing traditional robes and elaborate head wraps that merged the past with contemporary fashion gestures.

But there were more personal expressions of style, as well — some idiosyncratic attention-grabbers, others pure Hollywood glamour. The former speak to the continent’s reputation as a self-contained place, where Western trends are ignored and beauty is defined in more diverse and less rigid terms. The first lady of Chad, Hinda Deby Itno, stood magnificently in a deep violet gown and a head wrap — both exploding with golden sequins. The first lady of Cameroon, Chantal Biya, made sure that her hair — that renowned russet crown of curls, waves, cotton candy teasing and mullet tails — reached celestial heights. An audacious fuchsia headwrap and lipstick matched her elaborately embroidered figure-highlighting gown. 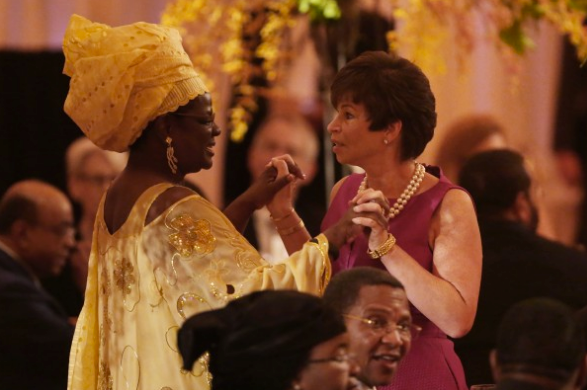 Last night’s red carpet also showed the nature of contemporary style in Africa — a kind of enthusiasm and worldly sophistication that have spawned a regular fashion week in Lagos, Nigeria and respected magazines such as Arise, which focuses on African fashion, music, culture and politics.

The regal Ange Kagame, daughter of Rwanda’s president Paul Kagame, arrived at the White House wearing a sleeveless white, jersey gown — very 1970s Halston — that was subtly draped at the waist. Standing taller than her father, as well as the Obamas, she had a confident stance on the red carpet with a tiny black evening bag clutched in her hand.

The Africa Summit’s red carpet, by the way, should be instructive to fashion’s luxury brands. They would do well to note the numbers of designer handbags not just carried by the presidential spouses — but lovingly displayed by them. If all those bags were authentic, there was at least $20,000 worth of internationally-recognized status on display in the form of satchels and shoppers. Cameroon’s Biya chose what appeared to be a bright pink quilted Chanel bag to match her ensemble and posed with it dangling front and center against her left leg. Mauritania’s Lady Tekber Mint Melainine Ould Ahmed carried a merlot-colored bag that seemed to have the telltale Lady Dior charms dangling from it. She held it high on her arm like a personal scepter. And Ghana’s Mahama held a wine-colored, medium size double-handled bag that had all the markings of an Hermes Birkin.

The issues facing these dignitaries may differ. Their countries may be wildly diverse. But fashion speaks to them all. 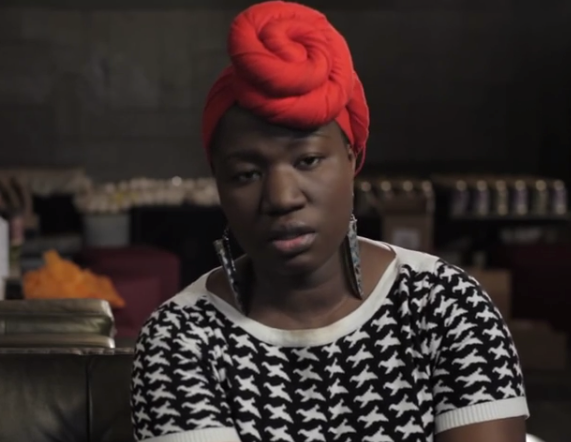